On 21 February 1911 Gustav Mahler made his final appearance as a conductor.  His New York Philharmonic program largely consisted of what were then contemporary Italian composers' works:

The stars of Mahler and Busoni especially have not only refused to dim;  they have if anything intensified in recent decades.  May we take inspiration from (or at least be dazzled by)  these composers' spurning of complacency and ceaseless striving for new milestones in their works and lives?

Interested parties will be able to experience this program in Chicago later this year:
http://cso.org/TicketsAndEvents/EventDetails.aspx?eid=4138


Posted by Steve Bookman at 9:09 PM No comments:

Gordon Onslow Ford - A Presence Among Us In New York

For the first time since 1946 an exhibition of Gordon Onslow Ford's work is available for viewing in New York City:  The exhibition will continue until Christmas Eve.

Ford is a key link between the European surrealism which originated well before World War II, and the New York School of painting which flourished in the immediate aftermath of that war. He is a member of a select group of figures who were able to exemplify and document noteworthy transitions between phases of their art -- examples in other fields are Hardy in literature and Busoni in music.  Such figures tend to be under appreciated for a time (perhaps because of the intellectual complexity entailed in defining their roles), then gradually acquire standing among connoisseurs over multiple generations.

Among the thirty one works - the large (46" x 60") Temptations of the Painter made an especially powerful, indeed visceral impression on me, with its sense of inexorable motion and the prospect of an alternative world caught in mid creation.  Ford also developed an incandescent style -- I was especially taken with Lunelipse (1951) and The Painter and the Muse (1943) in this regard.

for Martica Sawin's book, including extensive critical notes as well as the 1941 New School Lectures delivered by Ford.

I appreciated many individual films - but here I would like to highlight "favorite ways to appreciate the adroit, almost magical editorial and curatorial process" of FSLC in creating the 2010 New York Film Festival:

I made a comment here as the series started; I managed to see eleven of the twelve films -- stunned by the range of subjects and techniques in Shinoda's work, from almost early-Almodovar-like brilliant color and corrosive irreverence in the early 1960s to formally elegant presentations on classical Japanese themes.

-The multiple opportunities to savor the Portuguese language in film --


Many participants looked forward to seeing Manoel de Oliveira's latest work - but who knew that his 1963 Rite of Spring would show up in the middle of the "Views from the Avant-garde" program. This Lusitanian thread triumphed on closing day this past weekend with Raoul Ruiz's Mysteries of Lisbon -- based in the 19th Century but shaped by the director's unique palette of surrealistic and non-linear techniques.
Posted by Steve Bookman at 7:51 AM No comments: 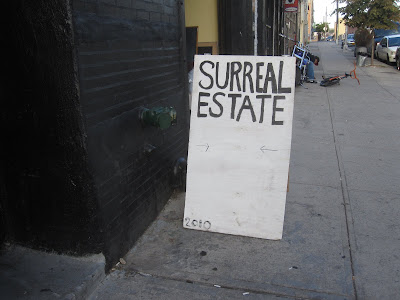 Posted by Steve Bookman at 4:19 PM No comments:

Posted by Steve Bookman at 2:04 AM No comments: